Aside from being a seller’s market, London is also becoming a landlord’s one, with the vacancy rate in the city sitting at an 18-year low and average rents continuing to increase.
JONATHAN JUHA
Updated: November 16, 2018 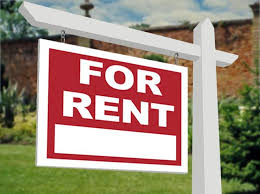 Aside from being a seller’s market, London is also becoming a landlord’s one, with the vacancy rate in the city sitting at an 18-year low and average rents continuing to increase.
According to apartment-hunting website PadMapper, which surveys the price of active listings in major cities across Canada, the average cost to rent a one-bedroom apartment in the city went up by about 8.9 per cent compared to last year and is now sitting at $980 a month. In November 2016, the average was $800.
More notably, perhaps, is the price of two-bedroom units, which has soared by 15.5 per cent over the same period and is now $1,190 a month.
Both increases have pushed London to become the 16th most expensive rental market among major Canadian cities, according to the website. The list is topped by Toronto, where average monthly rent for a one-bedroom unit is $2,200.
The recent numbers are also coupled with a vacancy rate that is at just 1.8 per cent, according to the latest available data by the Canada Mortgage and Housing Corp. (CMHC).
“The statistics are consistent with what individuals and families are seeing in our community,” said Sandra Datars Bere, city hall’s manager of housing.
She said there are multiple factors contributing to the increase in rents, including the hot housing market in the city, which has been driven in part by deep-pocketed buyers from the Greater Toronto Area squeezing local buyers out of the market.
“Over the past number of years, homeownership was an option for many because interest rates were good and house prices were generally reasonable,” Datars Bere said.
“But with house prices increasing and the demand for houses (being) significant in this community, renting seems to be a more viable option for most — thus putting pressure on the rental market and raising rates.”
The average selling price of all types of properties in London thus far in 2018 is $375,200, which compares to $248,000 five years ago, according to the London and St. Thomas Association of Realtors (LSTAR).
Yet, a record 906 homes were sold in October, the highest number of home sales in October since LSTAR began tracking data in 1978.
Another factor for the increase in the overall average rent prices in London is the boom in the high-end, luxury apartment market over the last few years, Datars Bere noted.
For a local anti-poverty advocate, rising rents are putting more people at risk of experiencing homelessness, an issue compounded by a low affordable housing stock.
“Quite honestly, it is having a devastating impact on people experiencing poverty or who have limited income,” said Steve Cordes, executive director of the Youth Opportunities Unlimited.
“You have people who can come up with the initial amount they need to rent . . . but the difficulty is keeping with those monthly payments.”
Cordes said YOU started noticing high rent prices were becoming a bigger factor affecting clients about a year ago, adding even the organization is having a harder time finding its clients affordable accommodations.
He also said the issue is starting to affect young people in relatively higher income groups, who are having to settle to live in places below their expectations because they can’t afford something better.
“You try to get really creative around helping people, connecting them to roommates or things like that, but those are partial answers,” Cordes said. “Fundamentally we just need more affordable housing in the city.”